***Remember, when PKing at towers, try to cooperate with other attackers, and you may end up with the flag. PKers have very strong influence over towers.

This is a very common place for PKers. It is a very popular fort because it is the easiest to take. The attackers' and defenders' respawns are almost the same distance back to the flag room, thus making it the most balanced fort. MoD is very unstable, so most of the time, even a large a guild will only hold for an hour or two. And when the flag it taken, it will go back and forth for several minutes between several small guilds until another large guild comes and takes.

Most of the time, there isn't much killing to do downstairs. When the flag is taken and everyone rushes back inside at once is when the center gets most congested. Just be patient and don't force your way in. You don't want to lose a ton of health downstairs. So when you get to the center, stay in a corner and sword spam people until the door is clear. Also, don't let people come into the center behind you. Either protect your rear by blocking the stairs, or get back behind the people coming in and hit them upward. When the door is cleared, go on upstairs. Don't be a douche bag that sword spams across the door when no one is blocking. You're wasting your own time.

Once you get upstairs, choose a side to PK and mostly stay on that side. If people start chasing you around, then switch to the other side. If they still chase you, the area above the flag is narrow, so go there and sword spam. Also, its really easy to hit chasers after you turn a corner. Right after you make the corner, turn around and hit them. When people are chasing you at .5, instead of running in circles around the flag, chasers can be easily fooled by running across the bottom back and forth in a large "U" shape. Make a hit when you turn around to hit your pursuers out of the way so you can switch back to the other side.

Be wary of random noobs. They love sword spamming ;-; and there's no telling when they will change direction. So be careful not to run into sword spammers when you're running. Also, if there are AFK's just in the middle of everything. hit them toward the flag. It's annoying having people in your running space. 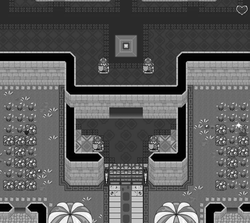 Castle is pretty fairly balanced too. The downside is the ridiculously long distance from the attackers' respawn to the flag room. So I recommend trading out your bombs for a horse, and go ahead and eat 5 bushes from the garden. After the fountain room, horses are not allowed in the hall. Most of the time, guilds wont block the door. If someone is blocking the door, just wait, because standing there awhile will cause you to be pushed downward out of the way, so it is not effective to block that door anyway.

Castle's flag room is the largest, making it great for 1v1. And when multiple people are chasing you, there is plenty of space to run. Along the sides are three columns each. You can use these to run behind and hit people between them. Sometimes people will run outside at .5, so that when they die, they will respawn much closer to the flag (the secondary attacker respawn is in the room above the fountain). This is okay for you to do too, unless you don't like your .5's running away. In that case, stay near the bottom of the flag room and wait for the runners. >:)

Swamp's tower isn't that bad either. First thing when you go inside, grab a pot from the entrance. When you cross the water, you will automatically throw the pot, hitting anyone who may be blocking the other side. Sometimes defenders may block the lower stairs. Try to just hit them out of your way the best you can. Or, because the rails are only 1 tile thick, you can easily hit people from the other side of the wall. Just be careful, because they can do the same. If there is someone blocking the flag room door, make your first hit facing sideways. But this will knock the blocker back where you can't do it again, so use a bomb or two to save your health.

Once upstairs, Swamp's flag room is the second largest, so use the same strategy as in castle. It's pretty easy to kill people who are spamming the flag because of the low flag HP, defenders must keep it healed. I know, I know, the cutesy little corners are tempting to run to, but don't be stupid and get stuck there with sword spammers. 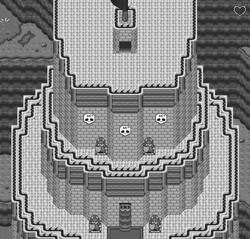 Sardon's Tower was recently redesigned, so I am editing this section. The hallway is now wide enough to where you can get around blockers. Also, you are able to walk through people in this room. If you get hit, don't swing your sword; use your blink to get to the other side. So you should be able to get to the trap room with only 1 hit of damage. Don't bother PKing in the halls unless there are a lot of people. If there is only 1-2 people blocking the halls, just go on up.


The trap room is full of trip-wire spikes. You need to memorize the path of each spike and be extra careful in here. Defenders usually don't block the trap room because it is a self-defending area. So just carefully run up to the flag room. The path going straight down is the quickest route through the trap room, but you almost guaranteed to get hit unless you go slow. You can also go to the far right, then down, and back left to the door. This route is longer, but it is easier to get around spikes.

Sardon's flag room is rather small. For the most part here, just run around the flag in circles and allow people to chase you. And when you turn corners, turn around and hit. If people are attacking you from both sides, try your best at wall sparring and get away when you can.

People never block downstairs at Snowtown, so enjoy a leisurely skate up to the flag room. If you are met in the flag room with someone sword spamming the entrance, bring a bush next time to hit him as he hits you. This flag room is about the same size as the castle's. Ice skating was removed from inside the fort, so walking is just the same as anywhere else. The Snow Fort is rarely attacked due to its isolation, so go in circles around the flag hitting AFK defenders. 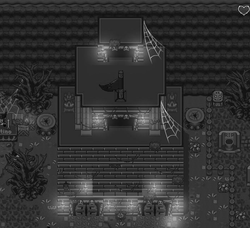 Deadwood is probably just as difficult to PK as Sardon's. It's a long way up, but when you reach the second floor from the top, there will usually be someone blocking each set of stairs, and the stairs are only one person wide. So always bring a bush from outside to throw at the stair blockers. If they are sword spamming, shoot arrows; if not, then throw bombs to get past. The defender's respawn is just below the stairs, so you don't have to worry about an endless supply of stair blockers. Even if there is some one blocking the flag room door, it is easy to hit him out of the way. But there will be people at the top before door in your way. You fight them if you wish. Otherwise, evade them and get to the door.

Deadwood's flag room is smallest and people tend to just sword spam you to your death. The best strategy here would be to use bombs and arrows to push people to the other side of the room and keep them at bay. If you are empty on bombs and arrows, then try to defend your space with your sword the best you can. But don't worry, Deadwood is rarely attacked too, so a lot of defenders will be AFK a lot. 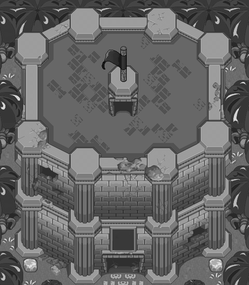 Another very unique tower has been added. This tower has numerous traps to avoid. On the first floor, the large spikes are not automatic, they are trip-wire traps. They only move when someone is in the path. So it is not wise to follow someone too closely, or else you will be hit by the spikes that the person in front of you activated. So allow the spikes to reset before crossing their paths. There is also a blast of wind that turns on and off on the first floor that will slow you down. Sometimes you have to hit people out of the way to avoid getting hit by a spike.

Once you get to the second floor, there are several holes in the floor. If you walk across the holes or are knocked into one, you will fall to the previous floor. The door to the flag room is in the center of the second floor. Both the left and right paths have a couple of ways to get around the defenders. The right path has a straight shot to the door, so it is usually guarded the most. This room has several tight places, but not too tight. Just make use of all the walls and corners to kill people. Also, in this room, arrows will pass through the rubble and walls. So if someone is guarding a tight spot ready to knock you down a hole, you can shoot them to get around.  The door is pretty impossible to block, so once you are in the center, you can easily slide through the door.

The flag room is very small, about the same size as Sardon's. However, it is very oddly shapped. The hexagon and columns creates several little nooks that are good for wall sparring.

The defender respawn is on the bottom ledge of the second floor. The attack respawn warps you to a dungeon underneath the first floor. You have to go up the spiral stairs to get back to the first floor and jump off the ledge. So there is quite some distance to cover for attackers. 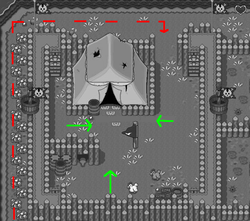 NOTE: This tower was removed in July 2015, so this section is no longer relevant, but I am keeping it here anyway.

The uniqueness of this tower is the fact that there are several ways to get to the flag. You can go around the outside from the right or the left, or go through the tunnel. I recommend using the far left path where all the bushes are (red). No one will be blocking that area, and you have a bush to throw at people once you get to the flag area.

In the flag area, the bottom and the right side are good places to spar to fight people. The defenders' respawn is inside the tent to the upper-left of the flag. So you can shoot arrows across the top and left side of the flag to stop defenders from hitting the flag (green).

The key to overworld PK is finding a place where people pass by. Here's a few good places.