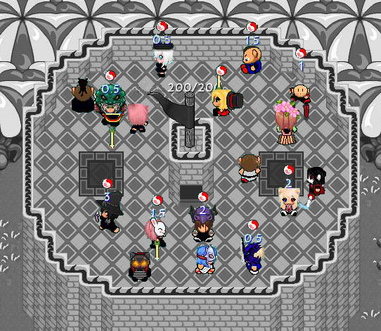 Think of PKing as being a “one versus all" Guild Spar. It’s very important to conserve your health, so don’t stand around, run! Move around as if you are sparring, because there’s no difference. You can move in all eight directions at the same speed, so running diagonally up-right is twice as fast as running up then right. So make use of your diagonals. Don’t stand still to spam a single AFK, go around your opponents in circles, hitting anyone who isn’t paying attention and come back again later to finish off the low healths. Just keep moving.

I watch a lot of people who are unconfident and resort to using “step spam” (strategy where people stand in one spot and swing their sword once in random directions; and they chase runners by taking a step, swinging sword once, repeat, repeat). It’s not bad as a defensive “hit-for-hit” strategy for people defending a fort, but it is inappropriate for PKing. Be more confident and learn how to get around your opponent and hit them without getting hit yourself. Conserve your health; hit more than you get hit.

Remember, there aren’t only two people around. Don’t just focus on one person; it’s important to watch the people around you. This isn’t 1v1 spar; the number of people is the only difference. If you stubbornly focus on one person, you’re going to lose your health real quick. It’s okay to run from your attacker and find someone else to fight. If someone is attacking you, deal with him first. But if no one is after you, don’t pick a fight with a single person; instead, go hit several people who aren’t paying attention.


*Address your immediate threats first. Then make hits on several people near you. If you have plenty of space and don't need to run / if you do need to run but don't have a path, maintain the area around you with defensive sword swings. If you're running, make your hits flow. Do "hit 'n' runs:" hit one person and move on to the next and just keep making it flow.

If two or more people are attacking you together, run away and try to single them out. It’s really easy to hit people chasing you; just step out of the way and at the last second and swing where you know your opponent is running into. On the other hand, don’t chase people, because it’s just as easy to get hit.

When you are at .5, you need to be extra careful and run from any and every sticky situation. You are more likely to get most of your kills in the latter half of your HP, so you need to stay alive as long as possible. People will be chasing after your floating .5, which makes it easy to hit them when they rush in. So keep running and avoid places where someone might stumble in your way.

This is an art on its own. The kill goes to the person who made the last hit, so take that advantage. If no one is attacking you, then butt your way into a fight that isn't yours and come out the victor. Let other people slap around your prey before coming in to finish them off. When two people are fighting each other 1v1, they will be too focused on each other to care about you. So gang bang and steal the final hit. 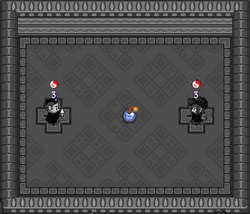 I spar some on a noob account, but other than that, I am hardly qualified to give spar advice. But this is for PK purposes, and 1v1 skill is vital here too. So here's a few basics.

Remember, the key is to conserve health and hit more than you get hit.

Don't charge right in thumbs flaring thinking you're invincible. And never chase people. Be patient and maintain a defensive area with your sword. The key is waiting for your opponent to slip up. Also, don't aim for the front because you will get hit equally. Don't settle for hit-for-hit in PKing. When you charge forward, turn to one side as you get close, and make a hit from your opponent's side swiftly. If you miss your opportunity to hit, don't aim for the same side a second time! Keep going around your opponent. Only use the same move twice if your opponent is dumb enough to fall for the same tricks again. Other than that, you'll need to change it up.

Really, all I can say is PRACTICE.

I'll get more into strategies and countering later.

Remember, if one person is taking away too much of your health, it's okay to get away and attack someone else. 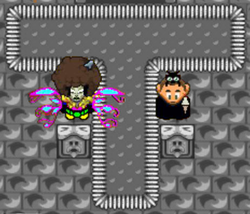 Ok, it really depends on your own preference and ability.

Some people are able to PK and spar while wearing any look at all. Even if it means wearing something that looks completely ridiculous to distract opponents, troll around, or just have fun.

Other people aren't able to perform well if their player looks all silly and stuff. So this is for you: keep it as simple as possible.

But don't worry, as you get better, you'll learn to be able to PK and spar in just about any outfit. That way you can look like the SwagStar9000 on the left up there one day too.

This is pretty important. Obviously, you have two interchangeable item buttons above your sword. What you decide to use as your two items when you PK is a little important. Of course, a lot people put bombs and arrows as their item buttons. I personally prefer arrows on top, bombs on bottom. Most of the time I only waste them though, so I don't drop any for other people to use. Before bombs and arrows dropped upon deaths, I always kept my horse on top and my current favorite gani on bottom.

However, when you PK, your most frequently used button is naturally your sword. Sometimes it's easy for your hands to get lazy and thumbs accidentally start spamming your bottom item button instead of your sword. So the item you have equipped on the bottom hot key is very important. Do NOT equip any of the following as your bottom button: morphs, mounts/horses, flute, bug net, shovel, RPS, food, or anything else that may temporarily make you stuck if you accidentally hit that button. For example, you don't want to accidentally swing your bug net, leaving yourself open for a free hit in the couple seconds that you're stuck. I see that often and it's pretty embarrassing. Most gani items are okay because if you accidentally hit it, they turn off automatically when you move.

Okay, I really shouldn't need to do this. Really. But everyday I watch people stumble through doorways slower than watching polar icecaps recede. Like get out of the frikin' way already! 90% of the doors on Graal are two tiles wide: just wide enough for one player. And how long have you been playing? If you can't walk through a simple two-tile doorway gracefully, then go loiter in Graal City or something. It's embarrassing to watch and is insanely annoying for other people trying to get in. K? Thanks.